Cortina d'Ampezzo - Queen of the Dolomites

Cortina d’Ampezzo, nicknamed the “queen of the Dolomites”, is undoubtedly the most famous of the Cadore municipalities. The town is located in the center of the Conca d’Ampezzo, in the upper Boite Valley and the urban center, it is about 1 224 m of altitude. It was raised to fame after the 1956 Winter Olympics, becoming a sought-after tourist destination even among VIPs.

Cortina d’Ampezzo, nicknamed the “queen of the Dolomites”, is undoubtedly the most famous of the Cadore municipalities. The town is located in the center of the Conca d’Ampezzo, in the upper Boite Valley and the urban center, it is about 1 224 m of altitude. It was raised to fame after the 1956 Winter Olympics, becoming a sought-after tourist destination even among VIPs. 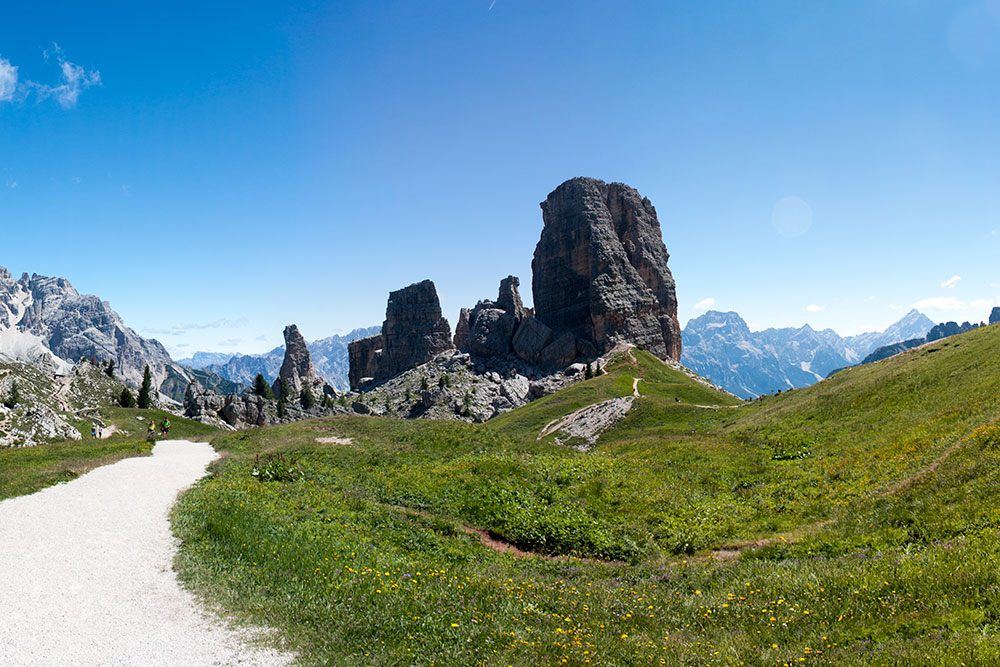 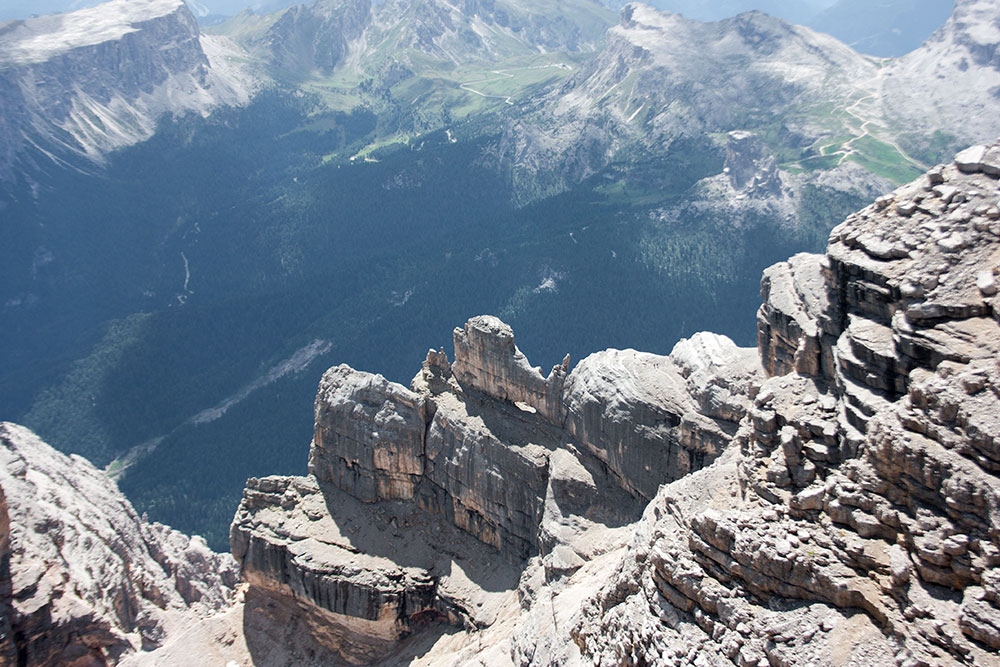 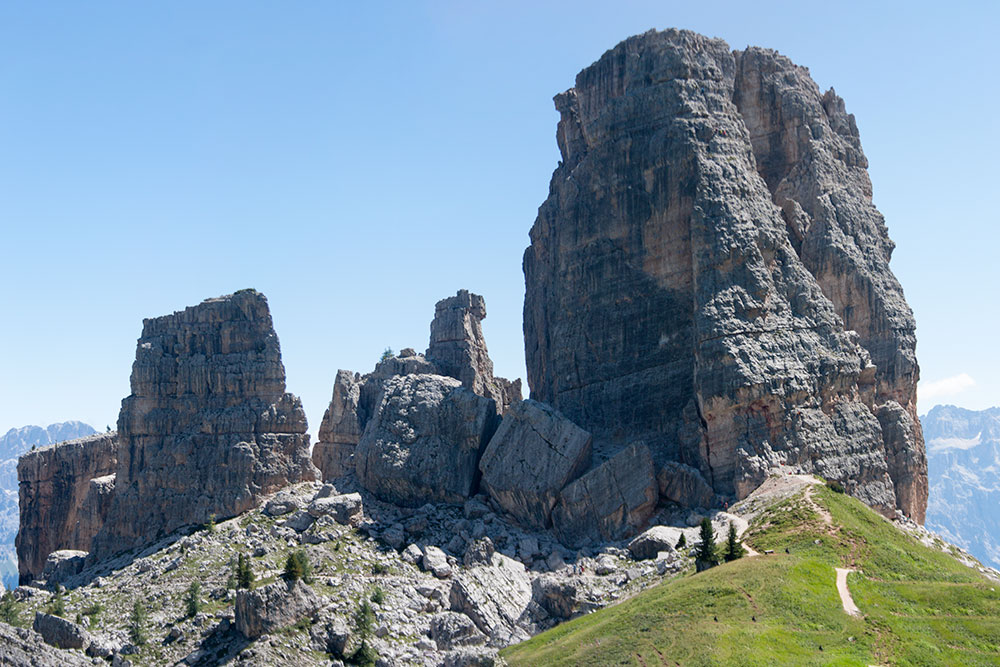 The minor basilica of Saints Philip and James, patrons of Cortina, is home to the parish and is the pride of the community.

The church of San Nicolò, San Biagio and Sant’Antonio Abate is located in the hamlet of Ospitale. It was consecrated on 30 October 1226 and is built on the borders of the Ampezzo territory. Li near there was in 1000 d.c. it was a hospice that gave shelter to the travelers, to the pilgrims and to those who, following this road, went from Germany to the Republic of Venice and vice versa. The dedication to San Nicolò is precisely due to being patron of travelers. It was partly rebuilt in 1572. Inside are preserved ancient frescoes of great value, engravings and inscriptions.

The chapel of St. Anthony of Padua, in the village of Chiave, was built in 1790. After a fire caused by Napoleon’s troops that destroyed the entire village of Chiave was rebuilt in 1809. In addition to the building, the Saint is linked to the country through the party dedicated to him on June 13th. The Chapel with a single nave has a stone ceiling resting on a large cornice. In the church there are two wooden busts depicting the scourged Christ and St. Catherine, an altarpiece of St. Anthony of a local artist and a richly worked wooden altar.

The chapel of the Holy Trinity in Maion dates back to the end of 1704. It is linked to the “de Zanna” family and their castle. The church was erected by the will of Giovanni Maria and Pietro de Zanna. It was precisely the first, posthumously to the assignment of the title of “Noble of SS. Trinity and Royal Stone “in 1692 by Emperor Leopold I, who named the chapel. Externally equipped with a portico, inside is decorated by two wooden altars and a painting by Agostino Ridolfi.

The church of San Rocco is located in Zuel di Sopra. The saint was revered because he was said to be protected from the plague. Consecrated on 10 September 1604, the church is built in Tyrolean style, with the particular “onion” bell tower. Inside you can see the Crišto de Zuel, crucifix of the seventeenth century which was found in a stable in 1695.

The small church of San Francesco, in the center of Cortina, is a private chapel belonging to the Costantini family. Antecedent to 1396, it remained as it was, except for the grotto of Lourdes built in 1913 on the right wall of the nave. Absolutely worth seeing are the fourteenth-century frescoes on the presbytery floor.

The church of Santa Giuliana in Alverà was consecrated on September 5, 1716. Of an eighteenth-century appearance, the interior consists of a single nave. The altar, made of wood, makes this church unique. We also find in this church a Venetian school altar dating back to 1692 which depicts Santa Giuliana of Nicomedia. On the left side of the structure there is a reliquary with the 16th century “Madonna with the pomegranate”.

Ciaṣa de ra Regoles, in Italian Casa delle Regole, is a building located half way along the main street of the town, as well as a former elementary school. The House of the Rules presents within it the offices of the Comunanza Regoliera, but also the Mario Rimoldi Museum of Modern Art, one of the three museums of the Regole d’Ampezzo (the other two are the Paleontological Museum Rinaldo Zardini and the Ethnographic Museum ‘Ampezzo).

Comun Vècio is none other than the old town hall. This building overlooks Piazza Roma and is now home to the civic library and the city band. On its four sides are the heraldic coats of arms of the Ampezzo families, the six sestieri and the eleven rules.

Alexander Girardi Hall is an important congress center as it hosts exhibitions and events and promotes cultural activities linked to the territory. The building also houses the other two Museums of the Regole d’Ampezzo:

Paleontological Museum Rinaldo Zardini, it contains hundreds of fossils, gathered and cataloged by the photographer of the same name. All these findings tell how once these mountains were the backdrop of a large tropical sea, populated by marine invertebrates, fish, corals and sponges. 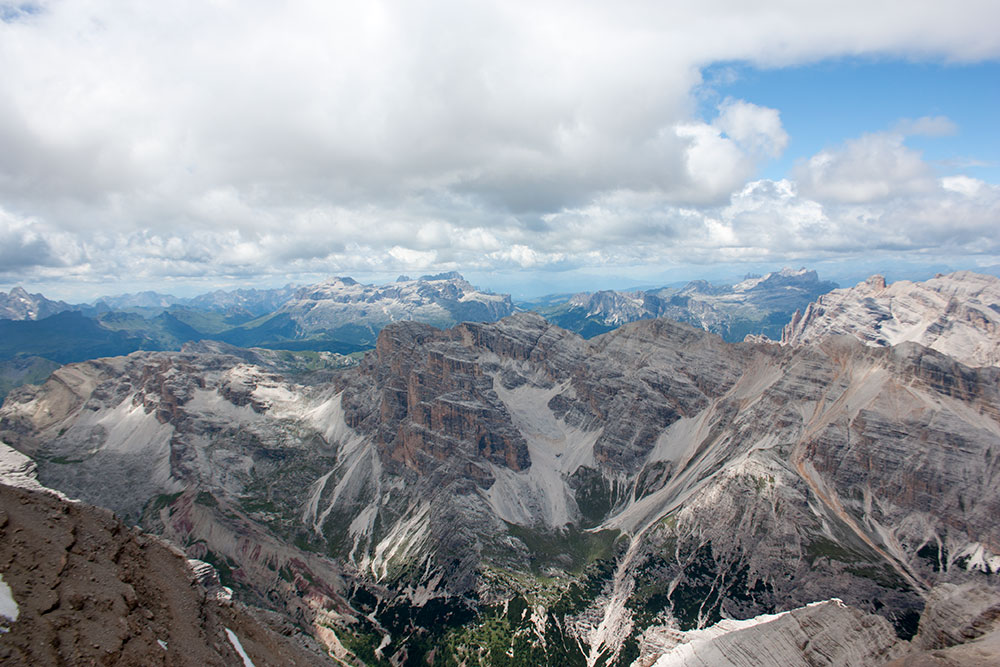 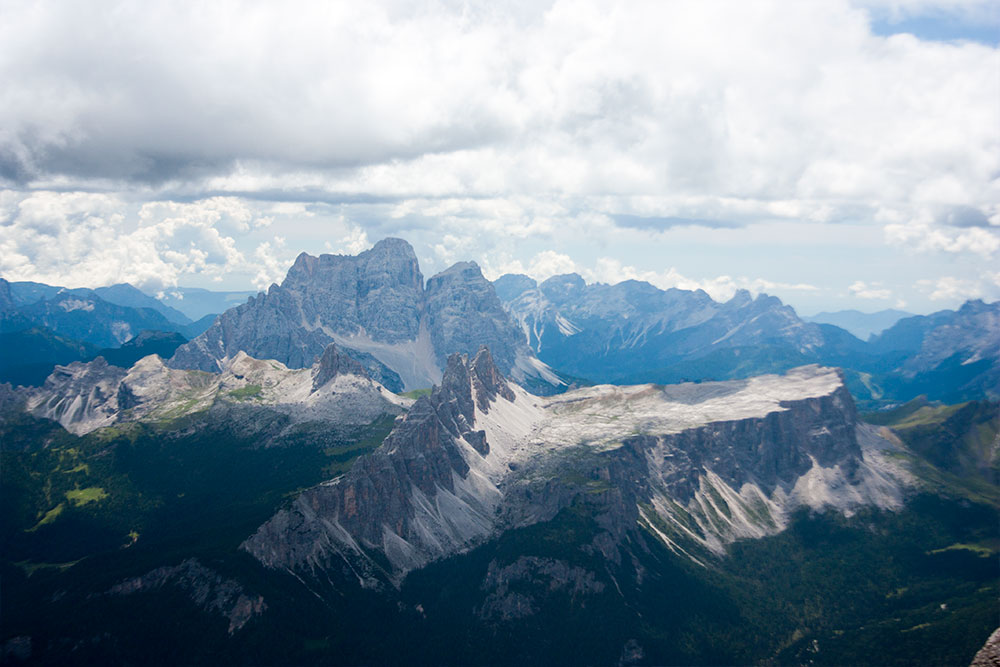 The protected area of ​​the Regional Natural Park of the Dolomites of Ampezzo, entirely included within the municipality of Cortina, extends north of the town of Cortina d’Ampezzo up to the border with the Trentino-Alto Adige region, entering the Natural Park of Fanes – Sennes and Braies, with which it forms a more extensive naturalistic area with similar environmental characteristics, of the total width of about 37.000 ha.

The park, which covers a total area of ​​11,200 ha, was officially established on March 22, 1990 with Regional Law n. 21 of the Veneto region. Born with the consent of the General Assembly of Regulators, it was entrusted in management by the Veneto Region to the Comunanza delle Regole d’Ampezzo.

The territory of the park includes many famous Dolomite groups: the Cristallo, the Tofane, the Fanes peak, the Col Bechei and the Croda Rossa, respectively divided by Val Travenanzes, Val di Fanes, Alta Valle del Boite and Val Felizon.

Some of these massifs have peaks that exceed 3,200 meters s.l.m. and enclose some small glaciers in the recesses of their northern slopes. The valleys are narrow and form spectacular natural ravines near the common confluence, where the main entrance to the park is located, and open up into vast plateaus to pasture towards the highest altitudes. Two other valley valleys constitute the southern limits of the area. The park is then bounded by the valley of the Rio Falzarego to the west and the Val Padeon to the east. Within the park there are nineteen tourist facilities, including restaurants and alpine refuges.

The Civic Libraryis important, and holds a patrimony of over 26,000 books.

Due to its location and reputation, Cortina has been chosen as the location for various films and television series such as Cliffhanger – The Last Challenge with Sylvester Stallone (1993), Yhe pink Panther (1963), with David Niven and Peter Sellers, going to more movies dated as Ash Wednesday (1973), with Elizabeth Taylor and Henry Fonda, James Bond  for your eyes only (1981), with Roger Moore.

There are comedy films and comedies such as Fantozzi in paradiso (1993), Natale di Natale (1983) and Vacanze di Natale 2000 (1999) and many other films with great actors such as Vittorio De Sica, Totò and Peppino, Alberto Sordi

As TV series we remember: A cyclone in the family.

The local craftsmen experienced in woodworking for furniture, the production of majolica stoves, the production of objects (iron, copper and glass), the inlaying and mosaic technique, the wood carving and the professional photography, also linked to the optical industry of Cadore.

Famous for its ski slopes, among the most challenging and panoramic of all the Dolomites, Cortina offers infrastructures and sports buildings: the lifts exceed thirty, including four cable cars, more than twenty chairlifts and a dozen ski lifts;

The number of slopes is enormous, especially in Tofana and in the Cortina Cube (Mietres – Cristallo – Faloria) and Cinque Torri – Col Gallina – Lagazuoi districts. The area is called Olimpia Superski, and includes the Dolomiti Superski, the largest ski carousel in the world.

Over 80 ski slopes, for a total of over 140 km. For those looking for cross-country skiing, however, Cortina offers 58 km in total, in Fiames and on the Dolomites Cycle Path.

Snowboarding enthusiasts have the opportunity to practice it in the “Cortina Snowpark” opened in January 2011 in the Tofana area, near Socrepes (San Zan track). 500 meters of plant to be reached by chairlift, divided into two areas of different difficulty:

In summer you can go hiking through the surrounding valleys and woods and cycling in the appropriate cycle paths.

Cortina has historically always been important for winter sports events, in all disciplines. In fact in the locality there are numerous ski schools:

On the slope of the Zuel stands the Italian Olympic trampoline, which has become one of the symbols of Cortina. A wooden slope for ski jumping, used mainly for athletes’ training. The modern structure, however, was built in ’55 specifically for the VII Winter Olympic Games.